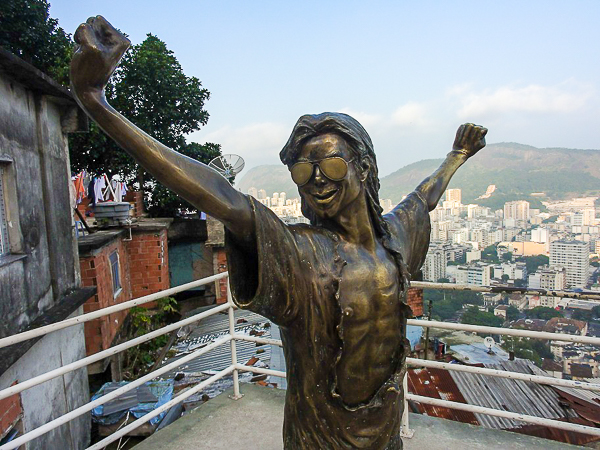 The Michael Jackson statue in the Santa Marta Favela in Botafogo is a little less famous than the statue of Christ the Redeemer on Corcovado. Even so, it is a great landmark in memory of a pop icon that was as popular as one can be, among the underrepresented lower class in Rio.

Michael Jackson made the Santa Marta favela famous when parts of his music video “They don’t care about us”, was recorded there as early as 1996. The word has it that he had to pay off the drug lords to keep him and hes crew safe when shooting the iconic video, where you can see Michael Jackson dancing with the locals down the steep streets of the favela.

Santa Marta was the first favela in Rio to be pacified, when the first PPU (Police Pacifying Unit) was established there in 2008. Since then it has gained a widespread reputation as the safest favela in Rio, which makes it a great place for the curious visitor, who wants to visit an authentic favela and enjoy the landmark at the same time. From the top you will also find an amazing view of the city.

Make sure you buy something in the kiosks or from one of the many street vendors upon entering the favela, or have lunch in one of the small restaurants and bars for the true local experience. The people of Santa Marta are very friendly and well used to tourists coming and taking pictures. Give something back for them welcoming you to their neigborhood. 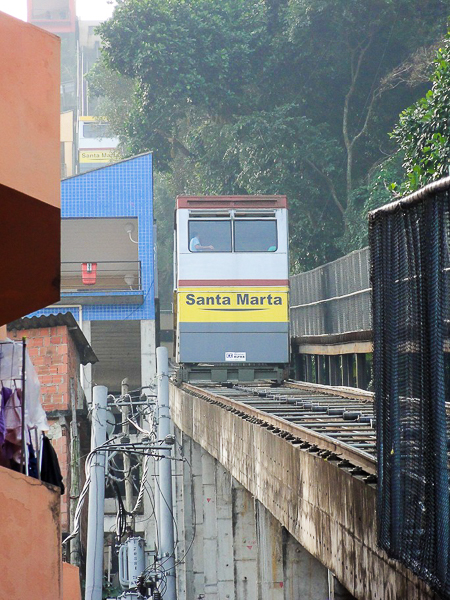 Getting up to the Michael Jackson Statue is easy. 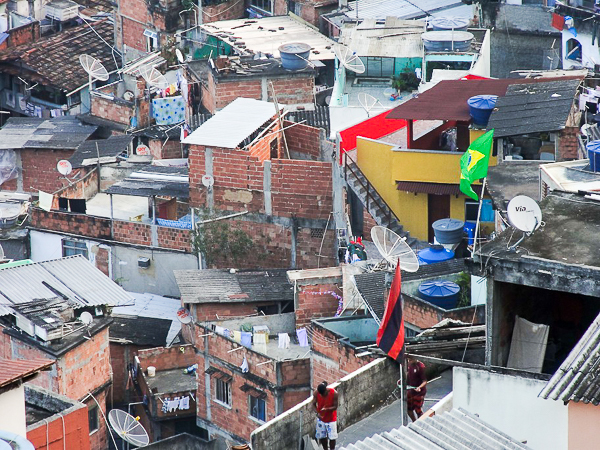 The daily life in Santa Marta.

« Notes and coins of Rio
Rural Beauty in Aldeia Velha »