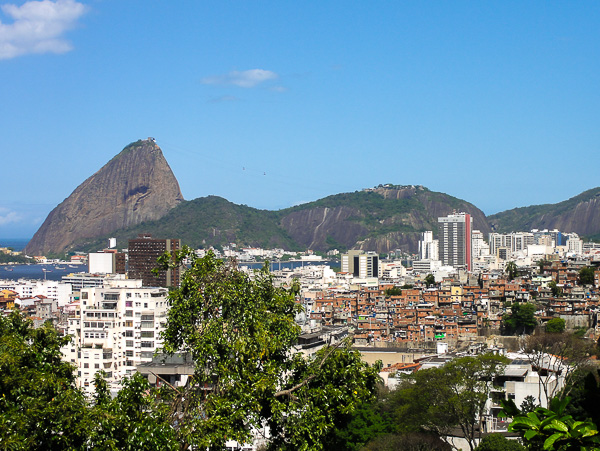 Rio de Janeiro have a lot of mountains and therefore many great viewpoints surrounding the city. The Park of Ruins in Santa Teresa is not the highest one, but it offers a unique 360° view of the city that you can enjoy for free, without the crowds you find many other places.

If you don`t want to wait in line with hundreds of other tourists to experience the finest view of Rio, only to reach a viewpoint that is failing to live up to the exceeded expectations from the postcards you have seen before you traveled here, the Park of Ruins in Santa Teresa might be exactly what you are looking for.

The Park of Ruins offers a unique 360° view of the city that includes The Sugar Loaf, Christ the Redeemer, Guanabara Bay, Centro, Downtown, Lapa Arches, the bridge to Niteroi and various neighborhoods of the city. You can even see the MAC from here. The viewpoint is a bit lower than other popular places to gaze the sight of the Rio Skyline, and therefore it offers great detail to the panoramic experience. Here you can pick apart how the daily life is in the marvelous city, and see first hand the contrasts of the favela settlements in front of popular tourist spots such as the Sugar Loaf. 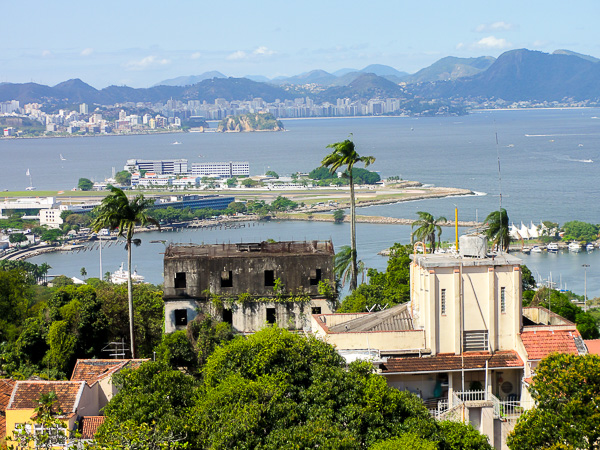 The Santos Dumont Domestic airport, is in the center of attention from the Park of Ruins. Read more about who the airport is named after here.

This is an increasingly popular place to visit for tourists in Rio, but still you can enjoy The Park of Ruins pretty much alone or together with a handful of other visitors, far from the more known attractions of Rio. The Ruins itself are the remains of a meeting point for artists and intellectuals and its current state have kept that spirit alive. 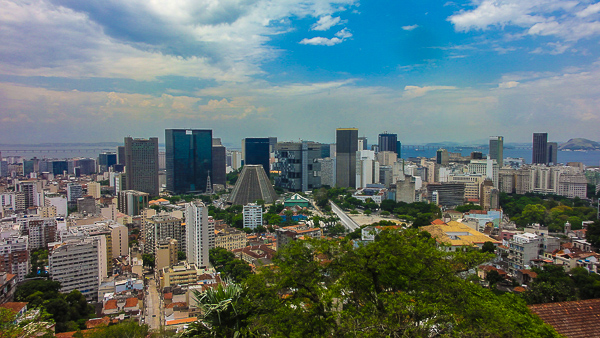 Originally the building was owned by the wealthy family of Rio de Janeiro patron, Laurinda Santos Lobo, who became a well known cultural figure in Rio at the turn of the 20th century. Within the walls of what today is the Park of Ruins, the feminist and modernist would bring together the elite of the cultural scene at the time, making it the top spot for artists and intellectuals in Rio in the early 1900s.

Laurinda herself died on July 16, 1946, leaving behind no children. In her will she left the house to the Homeopathic Society of Rio, who never made an attempt to take possession of the property. Since then it was abandoned, invaded, plundered and occupied by homeless people or drug traffickers. The door handles, which were made of gold, were stolen as well as any other items of value.

In 1993, the State Government of Rio de Janeiro took control of the property and in 1997 it was opened as the Park of Ruins, where you now can enjoy the scenery that Ms. Santos Lobo and her friends once did. The partially restored building structure creates an interesting architectual style combination, consisting of remaining stone walls mixed with steel barriers and artistic decoration. 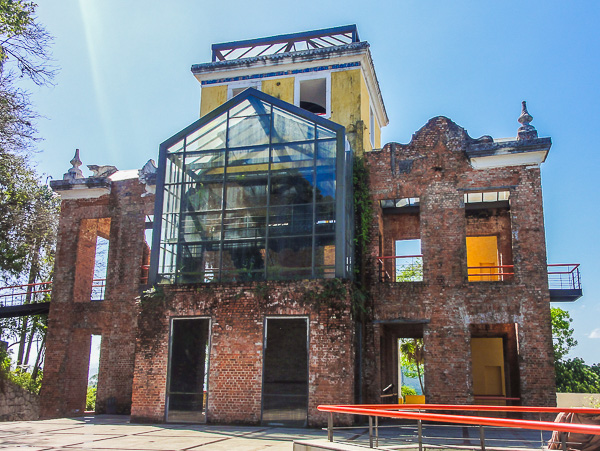 Entrance here is free, and there will sometimes be different cultural events happening, like various exhibitions and photo projections, dance and music workshops, theatrical performances, children’s activities, piano recitals and other events outdoors. Be sure to enjoy a snack in The Ruins Cafè on ground level while you are there.

The easiest way to get to the Parque das Ruinas is to hail a cab from downtown, either from the Gloria/Catete area or from somewhere close to Lapa/Centro. The adress is Rua Murtinho Nobre 169, and it is located in the artistic Santa Teresa neighborhood, which is well worth a visit as well while you are up there.

« How to dismantle a Fruit Grenade